A Sexual Predator Stalks the High Court of Australia: A Call to Action 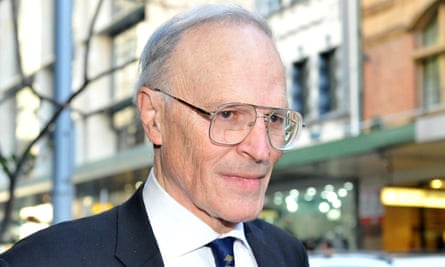 The revelation that Dyson Heydon, a former judge of the High Court of Australia had been a serial sexual harasser and that female judges and associates at the Court had been amongst his victims is shocking, but not really surprising. The accounts given by the female victims reveal a startling degree of recklessness on the part of the judge and a callous indifference to the emotional damage and professional disruption caused. The incidents remained buried for years because of the power and authority of the perpetrator.

The stories recounted by Heydon’s targets are symptomatic  of what is known to be a perennial problem in the legal profession not only in Australia but globally.

The report points to the features which make the legal profession particularly susceptible to bullying and sexual harassment:

What is apparent from these shameful episodes at the apex of Australia’s legal profession is that until there is a comprehensive and systematic endeavour to create respectful and inclusive workplaces, we will not see any reduction in the unacceptably high rate of sexual harassment.

So what do we need to do to create such a culture?

We need to build leadership capability in the legal profession to role model inclusive behaviour. We need to make it clear that all forms of sexual harassment, from mild, more subtle forms right through to serious sexual misconduct ALL contribute to a disrespectful, unsafe and unfair culture. We need to set expectations that leaders be inclusive and:

And at the same time as all of this, we need to even out the power imbalances between men and women – because at its core sexual harassment is about unequal power relations at work and in society at large.

The fact of the matter is that Diversity and Inclusion efforts, gender equity initiatives and efforts to combat sexual harassment should not run disparate paths in organisations. They should converge, collaborate and work together to achieve the common goal of creating respectful, fair and inclusive workplaces.