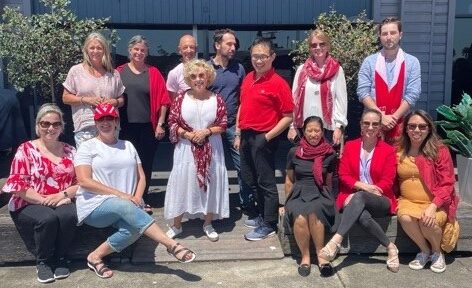 I once heard a saying that the Chinese are probably the most dispersed diaspora across the globe, albeit ranked third behind the Indians and Mexicans by the  UN in 2019. While this might surprise many, Chinese migration started  in  the 10th century settling as far as Kenya .Various points in Chinese and global history exacerbated their departure such as the Taiping rebellion, the Gold Rush, World War II and most recently the Belt and Road Initiative. Micro–populations of people of  Chinese descent can be traced in the remotest towns of Eastern Europe, Africa and South America.

Therefore, with great certainty, I am confident that on 12 February 2021, the festival known as Chinese New Year would be one that is celebrated in almost every country due to the massive outreach of the Chinese diaspora; there are at least 35 Chinatowns across the world in countries with a Chinese minority which will be ushering in the Year of the Ox, albeit on a  more modest scale due to  the pandemic.

So, what does Chinese New Year mean anyway? To those who are not of Chinese descent, your impression might be a celebration splashed with red everywhere to symbolise prosperity and health, dragon or lion dances, the vibrant beats of gongs and drums, traditional dresses or shows (of course, it varies depending on where you are). To most Chinese, the most common feature is  the family reunion dinner which falls on the eve of Chinese New Year. It is the most significant event as it is  the time when many people travel from far to reunite with their family at a large feast – akin to Christmas. Of course, with the pandemic and varying restrictions globally, CNY has been low key since 2020.

Some fun facts for you:

Not all Chinese know the Dragon dance – communities in Malaysia, Singapore, Hong Kong, Australia, USA, UK and other parts of the world might be familiar with dragon or lion dances, where troupes dance around in colourful dragon or lion costumes; this is often reserved for grand occasions like Chinese New Year. As I discovered from people who moved from China to Australia – they are not familiar with these dances which were suppressed during the Cultural Revolution.

CNY is the world’s largest travel rush – during non-pandemic times, in China alone, an estimated 3.2 billion trips are taken over a six-week period. That excludes the Chinese diaspora, so good luck figuring out the true numbers.

CNY is 15 days long – the festival kicks off on the CNY eve feast, followed by  another 15 days, lasting from the new moon to the full moon.

Not just the Chinese you know …

If you grew up in a country with a significant Chinese community, say Malaysia like me, then you would probably have a singular and uniform perception of what the celebration is all about, that is . CNY songs, lion dances, food and red envelopes with money for kids. But if you were to grow up in a more diverse country,  like my son Cory in Australia, then it would be important to note that during this time, people of other ethnicities also share this significant time of the year. To the Vietnamese – Tet, to Koreans – Seollal,  to Tibetans – Losar, to Japanese – Shogatsu and to Mongolians – Tsagaan Sar.

With inclusivity in mind – the #Symmetra team  would therefore like to extend a warm and inclusive greeting for a Happy Lunar New Year to those of Chinese, Vietnamese, Korean, Japanese and Mongolian origin wherever you are. May your year be filled with abundance of prosperity and health.

We’d love to stay in contact with you – sign up for our newsletters or message us here!