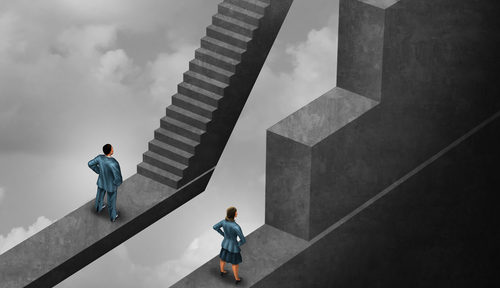 The demand for flexible working has been increasing globally. This applies across all sectors of the economy and it is sought by both genders although females remain statistically the major applicants. The reasons why employees of either gender wish to exercise control over their working hours may vary widely. However where need is the motivating factor it is assumed that women who continue to bear the greater share of family demands will have easier and more extensive access to flexible work arrangements.

This article, written by Dr Chung of the University of Kent, examines the accessibility to non-statutory flexible working ( ie discretionary grants of flexible work) for employees in various sectors of the economy. The two types of non-statutory family-friendly arrangements considered were flexi-time and taking time off during working hours for personal reasons.

The conclusion arrived at is that women in the European economies and particularly those in the low wage sectors are not able to achieve work autonomy via flexible work arrangements. Focussing on female dominated industries such as care work, primary education and jobs which are mainly clerical, Dr Chung found that workers in these industries could access flexible work only half the times compared to male workers or female workers in other industries. The argument sometimes made that many females are compensated for being at the wrong end of the gender pay gap by being awarded non-monetary benefits such as flexible work opportunities is not borne out in fact..
Gathering data from 34 European countries where men and women worked in sectors where gender numbers were more or less balanced, the author found that both groups have access to work schedule control. In male-dominated industries, the position of female workers regarding flexible work opportunities is no worse than working in gender-neutral environments.

However remarkably in female- dominated industries, particularly those characterised by a low wage structure the picture dramatically changes. In these female-dominated industries,it was found that the women had decreased opportunities to access flexible working. So those who need flexible working the most are denied it. This conclusion is consistent with American research where typically female jobs are less likely to gain investment from employers in terms of working conditions and female workers are less likely to be granted autonomy in their work.

A similar issue appears to exist in Australia. In its 4-yearly revue of modern awards-Flexible Working Arrangements ( 2018) the Fair Work Commission accepted ( amongst other things ) the following evidence:

The explanation offered by Dr Chung in a follow-up article is that employers are more inclined to offer flexible working to high skill workers in top occupations because they consider that these employees will use flexible time profitably for the company but they do not trust lower paid workers in the same way. Low paid female workers, according to Dr Chung stay where they are because they have no choice.